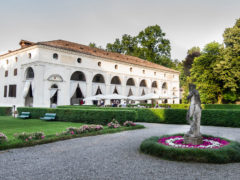 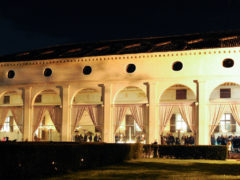 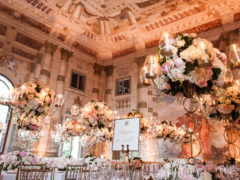 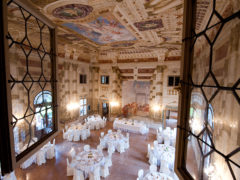 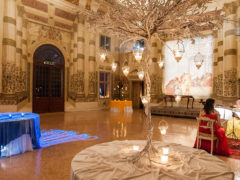 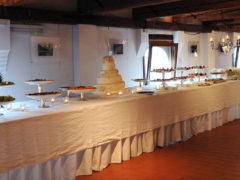 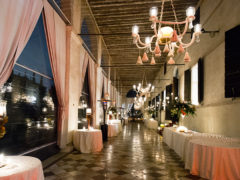 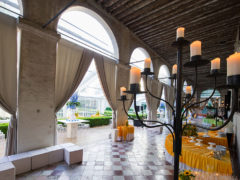 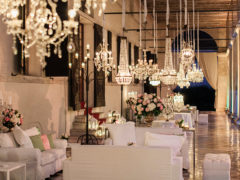 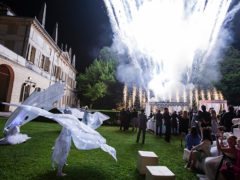 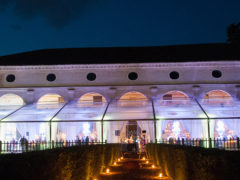 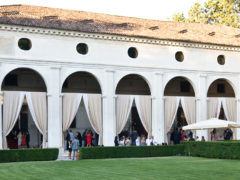 In Stra, not far from Venice and Padua, along the Brenta River, stands the 17th century architectural complex venue. Along the Brenta River, the noble Venetian families built outstanding abodes for spending their holidays, that would reflect their wealth and power.
In accordance with aristocratic customs, the important family sent for famous architects, such as Vincenzo Scamozzi, Francesco Contini, Giuseppe Jappelli, painters and decorators, such as Pietro Liberi e Domenico de Bruni, and entrusted them with the task of creating and decorating a house that would emphasize the importance of the family, especially since they had given the Serenissima republic a Sea Captain and a Doge.
After a thorough restoration, enhancing the pure architectural lines and the renowned frescos, the whole complex-Villa and Guest Quarters– has been opened to the public, making it come alive the way the noble family had in mind; the halls of the Villa have been converted into a museum site, whereas those of the Guest Quarters now host conferences, meetings, receptions, concerts, exhibitions.