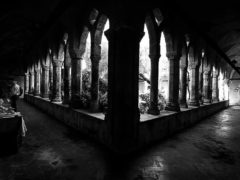 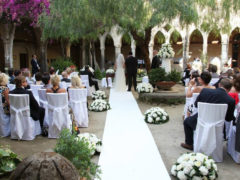 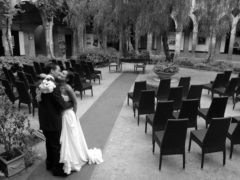 What makes unique this valuable construction, is a particularly suggestive architecture. It, indeed, besides blending a style of the 14th century with others from other eras, includes rests coming from pagan temples and materials of other ancient settlements.

This Venue is among the most ancient monuments of Sorrento, that, till now, can be visited.
Placed behind the church and the communal Villa titled to “Salve d’Esposito”, the splendid structure, that dates back to 14th century, is situated in the historic center of the city and it’s a few meters away from the house where the famous poet Torquato Tasso was born and from other Sorrento monuments.

Built on the rests of a monastery of the 7th century,this Venue – for a long time – has been extremely important for the religious history in Sorrento, and for the administrative life of the city.
Right in the proximity of the Cloister, indeed, in the last centuries (mostly between the end of 1400 and the beginning of 1500), was kept the seal of the communal scripture and there were some reunions of the Council.
Renovated in the first decades of 1900, the structure – since then – has known a new life.

Very silent and only brightened by the colors of a sober flora, this cloister is highly suggestive and featured by a particularly mystic and, in a way, magical atmosphere.
Even for this reason the beautiful compound was chosen to host very pleasant classical music concerts, and the celebration of civil weddings in Sorrento.