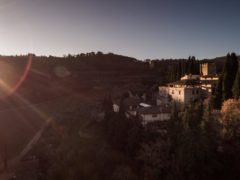 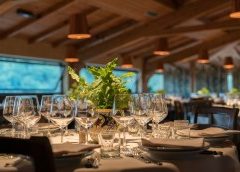 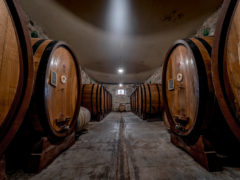 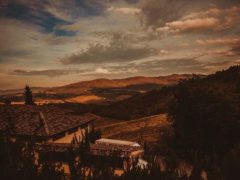 The Castle is located in Greve in Chianti, in the heart of the Chianti Classico area, between Florence and Siena.

Initially the Castle was an Etruscan then a Roman settlement and it has remained within its boundaries for over 1000 years: it has represented a firm and safe post in an area interested for many centuries by political and dynastic conflicts.

There is a great tradition of winemaking here: the “vineyards situated in Verrazzano” are mentioned in a manuscript which dates back to 1150 and is preserved at the abbey of Passignano (wrongly reported as “1170”).

The Castle became the property of the important family in the VII century. In this family was born the navigator and discoverer of the bay of New York and of the majority of the East coast of nowadays U.S. was born here in 1485. The famous bridge in New York between Brooklyn and Staten Island was named after him in 1964.

Producing quality wines thereby evoking the harmony of Chianti Classico with its stories and tastes.
Involving in the magic and in the atmospheres of Verrazzano with passion and a friendly availability.
Building a sense of excellence made of uniqueness and a bit of mistery.

Plenty of areas within it is possible to create your tailored made wedding. The castle can be rented daily and among the spaces you may choose the garden for the ceremony, following a cocktail in the main garden with breathtaking view and a terrace that can host up to 120 people. Backup plan available from the courtyard and 3 indoor halls.