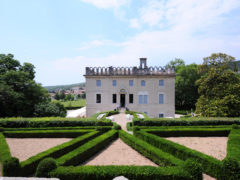 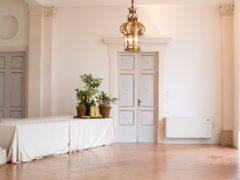 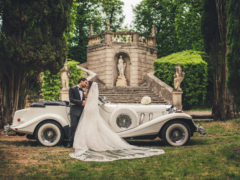 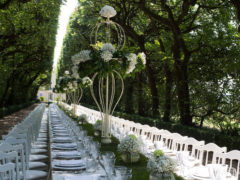 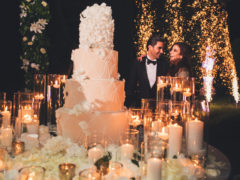 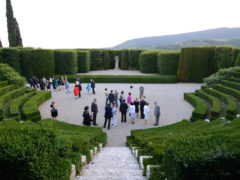 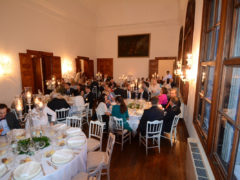 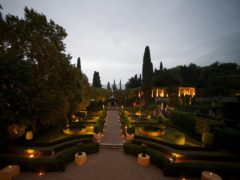 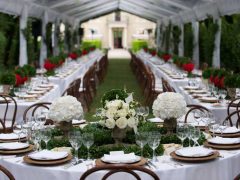 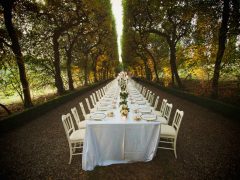 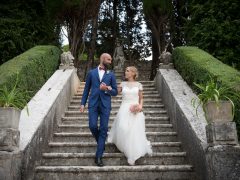 The estate in this venue was purchased in 1649 by the important italian family, already resident in Verona.

The garden, commissioned in 1783 to Luigi Trezza ((1752-1823) by Antonio Rizzardi (1742-1808) represents one of the last examples of an Italian-style garden, renowned for its verzura theatre and the spectacular perspectives (the original drawings are in Verona Civic Library ).
The Villa, characterized by a regular planned form and its geometrically horseshoe-shape, opens to the Garden through an internal court. The three floors have identical distributive development, with hallways and rooms perfectly aligned. The East facade is characterized by the presence of a boardwalk that links the principal floor with an ample semicircular terrace at the level of the Garden.

The main feature that gives the whole complex its importance is the extraordinary garden, commissioned by Antonio Rizzardi and designed, between 1783 and 1796, by Luigi Trezza (1752- 1823), who took inspiration from the gardens of the fifteenth-century Venetian tradition, despite of the English standards that were in vogue at that time.